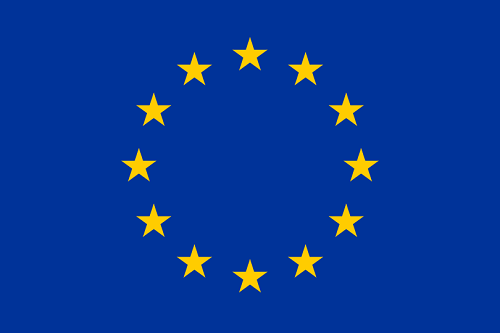 Germany - Transposition of the EU Directive on Whistleblowing

A civil society coalition of NGOs in German have criticised the failure of a draft whistleblower protection law needed to transpose the EU Directive on whistleblowing.

The organizations Whistleblower-Network, Transparency International Germany and the Society for Civil Liberties have published this statement raising the alarm about the failure of the draft law and demanding a comprehensive transposition of the EU Directive on the protection of whistleblowers.

The Federal Ministry of Justice led by the Social Democratic Party had presented the draft law in December 2020, which has now been rejected by the CDU/CSU party because the draft provisions went beyond the minimal EU requirements. This means that the opportunity to enshrine comprehensive protection for whistleblowers in law before the end of the current legislative period has probably been missed.

Due to its limited legislative competency, the European Union was restricted to drafting a Directive only to cover the protection of whistleblowers in the area of EU regulations. The Commission has however repeated encouraged Member States to introduce provisions which extend the scope of protections to cover breaches of national law to ensure a comprehensive and coherent scope.  Whistleblowing protection experts have been concerned that EU governments are still considering taking a minimal verbatim approach [Insert link to WIN briefing] to implementing the Directive which would create hybrid national frameworks which absurdly would provide better protection of whistleblowers raising minor breaches over EU law than those reporting serious offences under solely German law. Some legal experts have also argued this absurdity would not be justifiable under constitutional protection of equality.

The central argument of the CDU/CSU to reject the Bill is a supposed burden it would place on companies despite civil society having long highlighted the business case for strong whistleblowing protection which UNprevent loss, reduce costs, increase incentives for investment and prevent scandals such as Wirecard. Further, clear rules through a broad scope of application are in the interest of those required to establish whistleblowing channels under the new legal requirements. Especially since a wider scope of application does not change anything about the obligation to set up whistleblowing channels as prescribed by the EU, which is why an extension of the scope of application of the law would hardly cause any additional cost.

The Federal Association of Germany Employers have published a position paper on the implementation of the EU Directive on Whistleblower despite clear recommendations to expand the scope of the Directive from EU Institutions, legal experts and civil society. The paper also calls for whistleblowing disclosure to be reported first to internal reporting channels despite the Directive requiring protection of direct external reporting to competent authorities.

The Social Democrats (SPD), as one of two ruling parties in the German Federal Government, published a position paper “Whistleblower besser schützen” (“better protection for whistleblowers”). To a great extent, their positions are in line with the demands of German NGO Whistleblower-Netzwerk e.V. The SPD parliamentary group demands an extension of the scope to the disclosure of wrongdoing and not only of breaches of the law. Main criticism is the lack of demanding the protection for whistleblowers working in national security.

Germany: Government party SPD publishes a position paper on the transposition of the EU Whistleblowing Directive

Apparently, German Minister of Justice Christine Lambrecht (SPD) sent a first draft law to the other Federal Ministries, which is exclusively available to one German newspaper. According to their article, the Ministry wants to expand the scope of the Directive at least to a certain degree. Yet, there are still some serious shortcomings – e.g., there´s no obligation to carry out investigations following anonymous reports and matters of classified information are not covered.

That first draft law is probably this version: Referentenentwurf des Bundesministeriums der Justiz und für Verbraucherschutz. Important parts are still missing, as other Ministries have not delivered their parts yet.

In a press interview, German Minister of Justice Christine Lambrecht (SPD) announced that her ministry supports an extensive draft law on the protection of whistleblowers in Germany. She wants to expand the scope of the EU Whistleblowing Directive, so that it´ll also cover violations of German law. This would implement a demand that German NGOs such as Whistleblower-Network e.V. have long called for. Other ministries involved in the implementation still strive for a 1:1 transposition of the Directive.

Germany: Minister of Justice Christine Lambrecht (SPD) announced that her ministry supports an extensive draft law on the protection of whistleblowers

A position paper has been jointly published by NGOs Reporters Without Borders and Whistleblowerz-Netzwerk e.v. to mark the anniversary of the EU Directive on whistleblowing entering into force on the 19 October 2019. The paper highlights the lack of progress of transposition in Germany to date. It calls for freedom of expression and freedom of the press to be a priority in the implementation of the Directive, making key recommendations concerning the scope of the new protections, which continues to be a matter of heated discussion between German policymakers.

An expert opinion commissioned by the German Trade Union Confederation, DGB, has been published recommending the Directive on Whistleblowing be implemented to create a comprehensive and coherent legal framework in Germany. The report, and its 53 Recommendations, can be read here.

A coalition of civil society organisations have published an open letter calling on the Federal Government to fully transpose the EU Directive on Whistleblowing into national law and warning of the risks of a 1:1 or verbatim transposition.